It will be close, and it may depend on how long these clouds and the rain sticks around.

A lot of moisture is flowing into the state from the northwest. That, combined with a couple of disturbances, means a chance for showers and even thunderstorms all day today. Thunderstorms are not expected to be severe… but we certainly could see some heavy rain, especially in far eastern Colorado. In fact, a FLASH FLOOD WATCH is in effect for Cheyenne and Kit Carson Counties through Tuesday afternoon.

The chance for rain and cloud cover the entire day could keep temperatures below 65 degrees in Denver. And 65 is currently the “Record Coldest Maximum” for the city. That record was set in 1939. 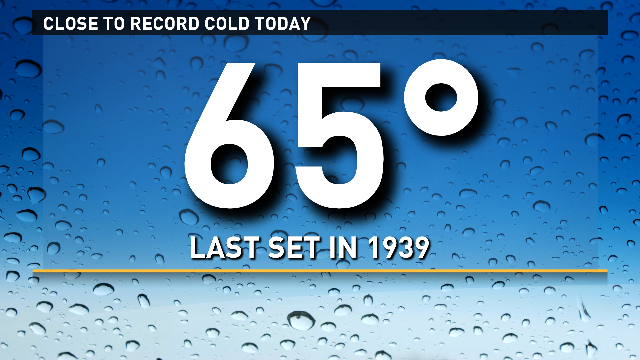 Now, a couple of hours of sunshine could propel those temperatures above 65 degrees this afternoon. Where we get that sunshine makes a difference. The official temperature observations for the day are recorded at DIA. The sun may come out at DIA today, but not downtown, resulting in a warmer temperature 18 miles northeast of the city, versus in Denver itself. If that happens, the record remains in tact… a record that was originally set at 16th and Larimer in 1939.

You can argue all you want, saying this is not logical. You may be right. But the fact is, the National Weather Service and the Federal Aviation Administration has mandated that commercial airports be the origin of regular weather observations in the United States. And our commercial airport is DIA… 18 miles northeast of the city. So, unless those government regulations change, we’re gonna have to deal with it.

The POINT is we’re watching for a record cold day today, and this is all a part of a month that may be colder than average across Colorado.

And above average precipitation. 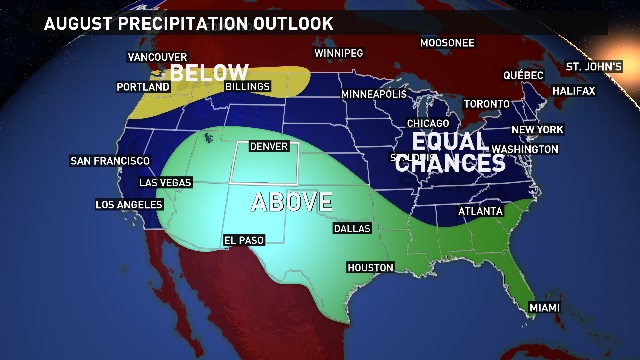 Seeing as the average high temperature in Denver this week is between 88 and 89 degrees, that below average temperature forecast is holding true… at least for the next 9 days.